La Trobe has lost two of its esteemed colleagues with the recent passing of Emeritus Scholar Maureen Mackay and Emeritus Professor Fred Smith.

Maureen was the first woman to be appointed in the School of Physical Sciences (Chemistry) at La Trobe.

Maureen’s research expertise was in the application of X-ray crystallography to study the molecular structure of biologically active compounds. A particular focus was the identification of the conformational structure and active sites of natural products with anti-tumour properties so that more active and useful therapeutic compounds could be developed.

All this was done at a time without the advanced computers and access to high-energy x-ray sources that modern x-ray crystallographers take for granted.

He retired in 2004 and was awarded the status of Emeritus Professor.

Previous to his appointment at La Trobe, Fred was Professor of Physics and Head of the Department at Monash University.

Over his career he played an active role in the scientific community. He was selected as a Member in the General Division of the Order of Australia in 2005 and as a Fellow of the Academy of Technological Sciences and Engineering, the Australian Institute of Physics and the Institute of Physics (London).

Both Fred and Maureen made a significant contribution to the scientific and La Trobe communities. They will be dearly missed.

Baldness may be a risk factor and anti-androgens a treatment 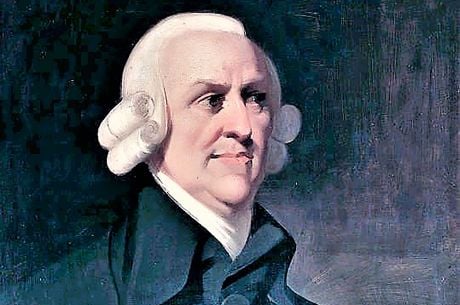 How did the kidnapping of Adam Smith influence his life and legacy?