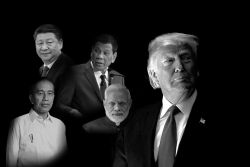 So how has the relationship between the United States and Asia fared under the leadership of Donald Trump? Will the situation improve in the future, and what will it mean for the power balance in the region if they don’t?

The launch of the La Trobe Asia Brief Issue 4 - Trump in Asia: A More Dangerous Place.