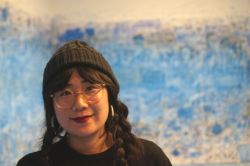 You are invited to this public research seminar, livestreamed on Zoom Webinar, by Dr Akane Kanai (Monash University ), as part of the Australian Research Centre in Sex, Health and Society (ARCSHS) Research and Practice Seminar Series.

In recent years it has been noted that feminism has been the subject of a resurgence in mainstream media and in social media activism in the West. However, as Christina Scharff, Carrie Smith-Prei and Maria Stehle (2016) note, it is important to observe that such activism is transnational, rather than corresponding to universal notions of justice, difference and oppression. In view of these insights, this paper seeks to foreground the transnational nature of popular feminism(s). This paper explores how intersectionality, as a dynamic, mutable and transnational framework, is interpreted by self-identifying Australian feminists.

This paper derives from a pilot project seeking to map movements in contemporary digital feminism in Australia, not to emphasise Australia as necessarily a unique or bounded site but to understand the hybridity of popular feminism as a travelling and popularized discourse. Australia is a nation-state that is dominated by whiteness but also on ‘the periphery of the Euro-American core of 'the West'’ (Ang 2003). As such, it is necessary to understand how the significance of intersectionality (Crenshaw 1989) is remade, both in relation to both transnational movements in digital culture and the neoliberal disciplining of difference. While immersion in such transnational cultures may produce cosmopolitan Australian feminist subjects, these movements instantiate questions of how to take politics into effective translation on the ground.

Dr Akane Kanai is a lecturer in the School of Media, Film and Journalism at Monash University. Her research on youthful femininities and digital intimate publics has been published in outlets including Feminist Media Studies, the Journal of Gender Studies, the European Journal of Cultural Studies, and Social Media and Society. Her first book, Gender and Relatability in Digital Culture: Managing Affect, Intimacy and Value is published with Palgrave Macmillan.