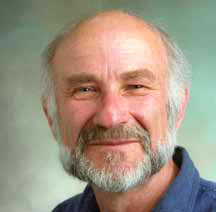 Farewell to a great historian

La Trobe University has lost a highly respected academic, Emeritus Professor Rhys Isaac, the first and only Australian to receive the prestigious American Pulitzer Prize for History. Professor Isaac retired from La Trobe in 1999 after a most distinguished career as a teacher and researcher. He was especially highly regarded for his scholarship on colonial North America, winning the Pulitzer Prize in 1983 for his book The Transformation of Virginia, 1740-1790.

Head of the School of Historical and European Studies, Dr Jim Hammerton, says Rhys Isaac was 'a tower of intellectual force and remains well known and respected even among today's staff and postgraduates. His loss, more than a decade after his retirement, will be deeply felt.'

Rhys Isaac was born and raised in South Africa. He won a Rhodes scholarship to Oxford, and arrived in Australia in 1963 where he taught first at the University of Melbourne, joining La Trobe in 1971.

Here, collaborating with colleagues including well-known authors Inga Clendinnen and Greg Dening, he became a leading exponent of the view that historians should interpret the societies and cultures of the past to instil in students a sense of New Clinical School at Alfred Hospital Who says you can't teach students and see your patients? history, rather than just facts and 'chunks of specialist information', which was then a common way of teaching history.

Writing her brother's obituary in The Age, Alison Durant recalls: 'In the ferment of those early years studying Aztecs, Polynesians and African-American slave communities, these scholars were looking for the stories that were never written down, but could be gleaned from small traces in written documents.'

'Passionate about history to the end, Rhys distributed the final draft of his last article on the beginnings of the American Revolution only three days before his death. While he enjoyed fame and opportunity in the United States, he always made sure people understood that Australia and Melbourne were home,' says Ms Durant.

Professor Isaac's death came 25 years after that of his twin brother, Glynn, a former Harvard Professor of Anthropology who in the 1970s worked with Richard Leakey in East Africa on the famous fossil finds of early humans. Professor Isaac is survived by his wife, Colleen, daughters Megan and Lyned, grandchildren Amarana and Orrin, and sister Alison.